On my brain today, and above all, as a writer-educator, I love drawing focus to primary sources.

As we come marching, marching, in the beauty of the day,
A million darkened kitchens, a thousand mill-lofts gray
Are touched with all the radiance that a sudden sun discloses,
For the people hear us singing, “Bread and Roses, Bread and Roses.”

As we come marching, marching, we battle, too, for men—
For they are women’s children and we mother them again.
Our days shall not be sweated from birth until life closes—
Hearts starve as well as bodies: Give us Bread, but give us Roses.

As we come marching, marching, unnumbered women dead
Go crying through our singing their ancient song of Bread;
Small art and love and beauty their trudging spirits knew—
Yes, it is Bread we fight for—but we fight for Roses, too.

James Oppenheim wrote and published the poem (which inspired songs and slogans of the same title in the labor movement and later folk music) in December 1911. However, the phrase “bread and roses” (and its implicit meaning) originated from a speech given by suffragist Helen Todd in 1910 and an article she wrote in September 1911. 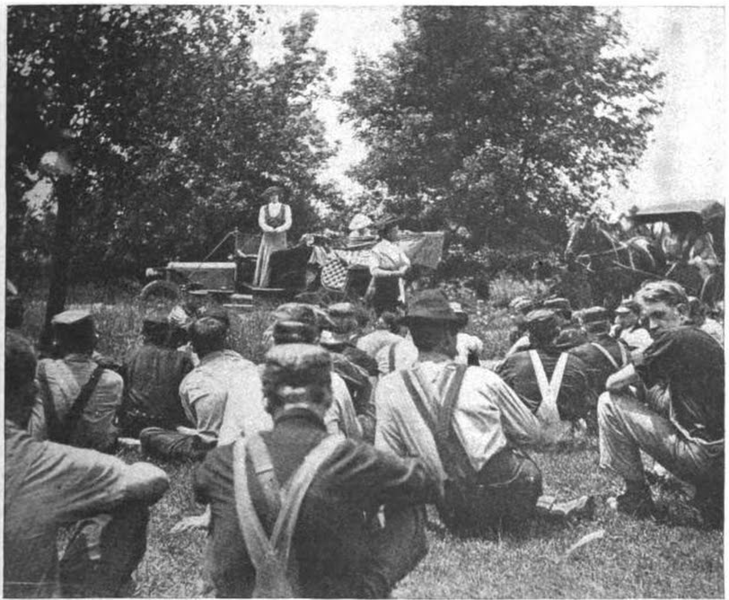 Helen Todd might be my next children’s bio research subject. Alas, I have a whole list of them to pursue. Currently, I’m working on Adolphe Sax, a nod to my son’s love for the saxophone and the extraordinarily quirky and inventive life of the man who created his instrument of choice.

Back to Todd, here’s the relevant excerpt from her article, which invokes a part of her earlier speech:

“No words can better express the soul of the woman’s movement, lying back of the practical cry of ‘Votes for Women,’ better than this sentence which had captured the attention of both Mother Jones and the hired girl, ‘Bread for all, and Roses too.’ Not at once; but woman is the mothering element in the world and her vote will go toward helping forward the time when life’s Bread, which is home, shelter and security, and the Roses of life, music, education, nature and books, shall be the heritage of every child that is born in the country, in the government of which she has a voice. There will be no prisons, no scaffolds, no children in factories, no girls driven on the street to earn their bread, in the day when there shall be ‘Bread for all, and Roses too.’”

Read the entirety of her article “Getting Out the Vote.”

Todd’s words were picked up by women social and labor activists across the country, including labor leader Rose Schneidermann, who organized for the Women’s Trade Union League and helped form the International Ladies Garment Workers Union. The slogan became so widespread that it gave its name to the massive workers’ strike at the Lawrence textile mill in January 1912. By the second day of the what came to be called the “Bread and Roses” Strike, more than 10,000 mill workers (men, women and children) had joined. At the peak of the nine-week strike, estimates suggest as many as 25,000 workers took park when workers from across the region joined in solidarity.

Read more about the Bread and Roses Strike from Zinn Education.

Below are some related primary source images and posters shared online.